the Mk8 GTI is a sleepy looking fellow. many images have been leaked over the last couple of weeks, but stats are finally official as it debuts at the Geneva Auto Show. alongside the GTI are the plug-in hybrid GTE and the turbo-diesel GTD. 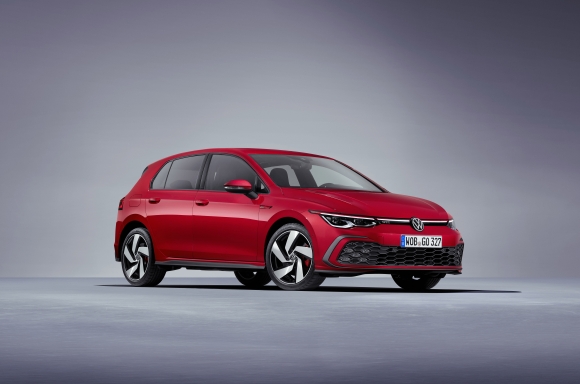 the new GTI sports the EA888 first featured in the Mk6 GTI, now bumped up to 245hp and branded as the EA888 evo4. these power levels are similar to where an aftermarket tune alone would have gotten previous GTIs so it will be interesting to see what the likes of Unitronic or APR can extract from the Mk8. the same motor in the current Audi S3 makes 288hp so one would assume the new GTI does not get a similar K04 turbo upgrade. the wonderful dual-clutch automatic gains an extra gear to become a 7-speed DSG.

the GTE and GTD are more interesting to me as an American. i don’t expect the GTD’s turbo-diesel to make it to U.S. shores after the fallout from diesel gate. a plug-in hybrid would mean you could find the GTE in California’s high-occupancy vehicle lanes with a solo driver who has obtained a sticker. the Mk8 GTE will be powered by an 114hp electric motor mated to a 150hp 1.4L turbo inline-4. the max output, however, isn’t just adding the two up. it matches the GTI’s 245hp, but torque is 295 topping the gas-only’s 273. the GTE keeps the outgoing GTI’s 6-speed DSG.

you might be fooled in to thinking VW adopted the adage “if it ain’t broke, don’t fix it.” well you’re a smart fool. the GTE was introduced in Europe in 2014 and though the GTE seems to fix a California carpool lane shaped problem that some of us didn’t know we had, only the GTI and the R are confirmed for the U.S.